Here is a short article for Zephyr’s guest blog 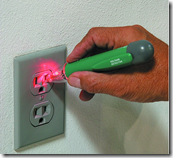 Scrum recommends 3 roles, the Product Owner, Scrum Master and the team.  There is no dedicated role as a tester (or QA) if you are following pure Scrum.

Agile also recommends that the team members are expected to be cross functional with T-shaped skills popularly known as “Generalized Specialists”.

However, the challenge I have seen in many projects is how “generalized” one could be while performing the role. Most of the projects are, so budget and time constrained that everyone is part of the rat race. They just want to get things done, and there is hardly any time for the team members to learn from each other and building generalized skills.

Building cross-functional and T-shaped skills is not easy. It needs a dedicated attention, time, effort and $ is involved from the organization to enable this. One cannot ask a developer to sit with a tester for a few days and learn testing. Personally I believe that testers mindset is something that comes with passion. In addition, mindsets of developers and testers are different.

There is one more reason behind having dedicated testers, and this is due to “IKEA effect”. The Harvard article concludes that,

“When people use their labor to construct a particular product, they value it more than if they didn't put any effort into its creation, even if it is done poorly.”

In the context of this article, when developers create the code, they value their creation more than the testers. The developer doesn’t like someone finding fault with their creation. This is one of the reasons why one gets to hear all sorts of excuses from the developers.

Read rest of the article here

Posted by Venkatesh Krishnamurthy at 4:52 AM